Glory: A Life Among Legends - ArtSparksMusic
Skip to content 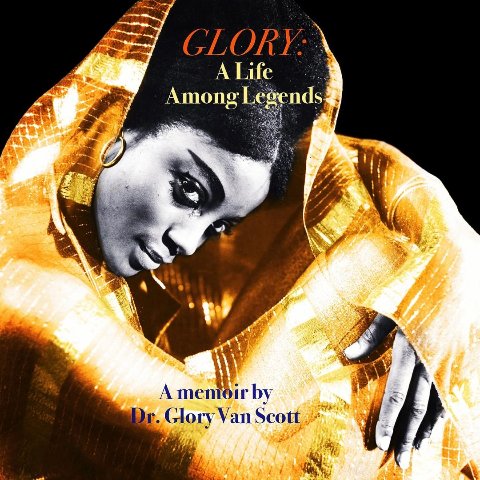 As Dr. Van Scott has led a life so rich in human experience and followed so many journeys as an activist, artist, educator and becoming a central voice in the civil rights movement, there is one clear quality: her fierce independence. In the memoir “GLORY: A Life Among Legends” (Water Street Press, 2018), the voice of her self-determination rings-out.

In her life, she has directed her own path, through a career in dance, that would move her forward to center stage as a principal dancer with Katherine Dunham, Agnes De Mille, and Talley Beatty companies, and a member of the American Ballet. A pivotal point in her career comes early, when the legendary George Balanchine, approaches her with a commitment to him and his dance company. Van Scott refuses on the grounds that it suffocates her own creativity.

With equal vigor, as an educator, teacher and vocal proponent against the prejudice, racism, and inequality in society, she first would be dealt a horrible public atrocity and personal family tragedy. Van Scott’s cousin Emmett Till, a young African-American man, was brutally lynched and murdered in the “Jim-Crow” era South, in the Mississippi Delta, in 1955 – for a flirtation claimed by a white woman. He was just 14 years old and his killers were later acquitted. Till, posthumously became an icon of the civil rights movement. Speaking in poetry, the author relates the loss and exposes the accuser, a woman(Carolyn Bryant) whose deeds and action “set the wheels in motion that caused your death (Emmett Till).” The author dedicates a chapter to reflection, and relating her emotion, outrage and grief, out of which molded an iron will to forge a career in dance, theater and education.

Her personal commitment and ambition would take her professionally, in ground-breaking directions, and collaborations in the arts, dance and theater – working with some of the most acclaimed dancers, singers, actors, musicians, directors and choreographers in the world. Her “life-story” in the memoir clearly establishes her at the vanguard of a new vision of African-American dance and theater, securing its place as an original American art form.

As I spoke to her  recently, there is irrefutably a spark of self-confidence and fierce independence which she partially credits to a demanding but very loving mother that wanted her to strive for perfection in every direction. In 1954, in New York City, when she was just starting out as a dancer, following-up on an audition for House of Flowers, she found herself performing in front of legendary choreographer George Balanchine. Returning for the final audition, she was suddenly surprised by hearing Balanchine saying , “…and Glory Van Scott, I want you to lead the line.”

Then to add shock to surprise, Van Scott relates “Balanchine, who loved the way I danced, said to me that he’d like me to stop all that I was doing and let him create modern ballets for me (and principal dancer Arthur Miller).” As Van Scott reflects in her memoir, “but I said, No, this is not what I want to do…I knew I would not be a happy person if I gave up everything else and went only into modern ballet. That would not satisfy me.” This early example of professional and personal independence speaks volumes about a career that would un-fold in dance, art, and choreography, creating opportunities for herself and collaborations including writing and composing more than twenty musicals, including the critically acclaimed Miss Truth.

As an educator, she holds a Ph.D. from Antioch Union Graduate School, and an MA and BA from Goddard College. She taught for ten years at the Pennsylvania Governor’s School for the Arts and founded Dr. Glory’s Youth Theatre in New York City where, for over thirty years, she’s helped young children “develop not only their artistic talents, but vital life skills.” In this section of her memoir, Dr. Van Scott’s passion is very clear as is her commitment and dedication to making a better world for tomorrow, as she states her mantra quite clearly, “If you knew something, you had the responsibility to pass your own knowledge on!”

Another phrase she learned early on from one of many educators was “Each One, Teach One”. This philosophy would also include the importance of addressing racism, in-equality and lack of opportunity in society in all ethnic directions. She related an experience whereby in her classroom a 9-year-old child was using an anti-Semitic slogan and her response was to “talk about it now, and the damage it causes – when it appears address it in the classroom – you address it then and there.” And she has also spent a life teaching teachers, using the phrase “there is only one you.”

Throughout her life the author has projected a positive role model in life philosophy, by action. Beyond the success of her professional career, and awards and recognition from peers and critics, her memoir speaks to the human difference one person can make in the orbit of the world’s problems.

In a society struggling with division, prejudice, and yes – hatred, she has stood strong with a central voice in not just the civil rights movement, but humanity. “GLORY: A Life Among Legends” is a testament to “the power of art, to the power of commitment, to the power of education, and how taken together they can change a culture.”